What You Need To Know About Child Custody Law In Illinois 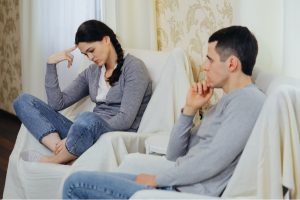 If you are engaged in a bitter child custody battle in Chicago, IL, knowing the basics of Illinois child custody law can help you make the right decisions to protect your family. Here are some things you should know:

Determine If The Court Has Jurisdiction Over The Case

Before the court can decide custody, it has to have jurisdiction to do so. That means the legal right to judge the case as per the Uniform Child Custody Jurisdiction and Enforcement Act (UCCJEA).

A custody case can only be started in Illinois if the state is the home state of the child. You can also start the case if the child is not in Illinois but it will become his/her home state within six months of the filing. For this to be possible, you need to be living there as well.

To prove jurisdiction you need to provide some form of information to the court including the current address of the child, the places he/she lived, and the people he/she lived with over the last five years. This includes information on any other custody cases pertaining to your child or of any individual who believes he/she has custody rights.

A Chicago child custody lawyer can help you determine if the state can hear your case even if the aforementioned does not apply.

Child Custody Is Determined by the Court

Child custody is divided into two main categories i.e. physical and legal custody and both can either be joint or sole custody. Physical custody determines which parent the child lives with and in this case, the other parent is given visitation rights.

It can also be joint custody which means that the child goes back and forth between both parents’ homes. Legal custody refers to the parent who makes important decisions for the child.

However, the court determines custody as per the best interest of the child as per the following factors:

Among other factors that a Chicago child custody lawyer can help you understand post-divorce. Each child custody case in Illinois is unique and it is up to the court to decide which factors should be focused on. Get in touch with the Law Office of Fedor Kozlov to book a free consultation today!