What are the Top 10 Reasons for Divorce? 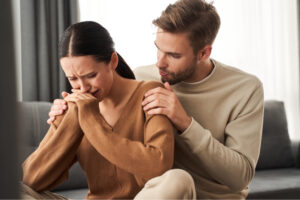 In the past decade, there has been a significant cultural shift in behaviors and attitudes, which has redefined the meaning of marriage. The view of marriage as a lifelong commitment has greatly been altered. The emphasis now is on individual satisfaction and fulfillment.

Ten Most Common Reasons For Divorce

While marriage is largely viewed as the ultimate commitment, most marital relationships end due to a lack of commitment. According to an Insider survey, 75% of respondents claimed that the major reason for the demise of their marriage was a lack of commitment. This could mean that one or both spouses rarely feel romantic toward each other. What started as a college friendship may remain a friendship after marriage too. The bond may not get stronger with time to carry on for the rest of their lives.

While it greatly depends on who you ask, a large number of marriages end due to money issues. Because it touches so many parts of people’s lives, money can easily turn people crazy. Regardless of the amount of money someone has, financial matters are often the primary connector in marriage. This is the reason so many arguments are triggered by money issues.

There are tons of ways money issues can wreck a marriage. A spouse who is reckless with credit cards can run their partner into outrageous levels of debt without their spouse even knowing about it. When the partner comes to know about it, the end result can easily be a divorce.

Similarly, one spouse could be making a lot more money than the other, resulting in issues related to earning and control. The financial goals may also differ between the two partners. One spouse may have a frugal lifestyle, trying to save each extra penny toward retirement, while the other may want to “live for today.”

These issues often cause a lot of stress, which may choke off communication. Little or no communication translates into a breakdown of trust, paving the way for divorce.

For obvious reasons, extramarital affairs often lead to separation between married couples. It’s true that numerous married partners manage to get around infidelity issues and find a way to stay together; this isn’t always the case. In reality, infidelity erodes trust and quickly disrupts a marital relationship. Sooner or later, the spouse finds out about the betrayal, with the marriage ending up in divorce.

Even if your marriage survives, it will likely not remain fundamentally the same. The former thrill between the two partners may be gone, and the passion will fade over time. In many cases, the cheating spouse carries the guilt for years.

Long-term marital satisfaction between life partners is strongly associated with the physical appearance of each, including any changes made to it over time. For example, men feel happy with their marriage if their wife is and stays attractive, with their satisfaction increasing each passing year. The same can be said about women, regardless of whether they admit to it or not.

Understandably, however, a woman, after two or more kids, may not retain the same level of beauty in the long run. With dating made easy given the internet and dating apps, this may drive the husband to seek sexual pleasure elsewhere. Again, resultant extramarital affairs create conditions for separation. Someone who avoids infidelity may choose to end their marriage and get married to someone else they find attractive now.

In either case, it’s the change in the physical appearance of their partner that often leads individuals to put an end to their marriage.

Couples typically choose to get married when their ideas, interests, and overall lives match, making them believe that they can happily live together for the rest of their lives. What most partners fail to realize is that either of them can change over time. Our personalities are largely shaped by the experiences we go through in our lives. With the explosion of the internet and easy access to information, we’re now exposed to tons of things every day.

This means that the dreams, interests, financial goals, and paths of spouses can deviate to varying directions, making the two persons incompatible down the road. Depending on how dedicated each partner is to their own desires and the degree of incompatibility, a divorce can soon become inevitable.

Hence, couples should understand the fact that their partner may not share the same ideas in the long run. Before getting married, they should be willing to make compromises for the happiness of their partner. With this mindset, incompatibility issues won’t be serious enough to cause separation.

The last thing a person wants is to have their life partner addicted to a substance, behavior, or even another individual. Regardless of the type of addiction, it can ruin a person’s life. Whether it’s alcohol, gambling, drugs, or sex, when the addiction gains control of the person, they can lose their friends, employment, and in some cases, their marriage. People with extreme addictions tend to exhibit behaviors that are unacceptable in a marriage, such as verbally and/or physically abusing, stealing, lying, engaging inappropriate sexual behaviors. Consequently, the addiction can ultimately lead to separation.

Abuse, in all its forms, is another common reason why married partners consider divorce. According to research, violence from one or both spouses contributes to 22% of middle-class marriage divorces. Consistent physical or verbal abuse is unhealthy for any human being, which is why volatile marriages don’t last too long. Partners involved in abusive relationships often reach a breaking point when one of the partners files a divorce.

8. Little or No Premarital Education

Premarital education is more important than most of us think. It teaches couples how they should get along during different phases of marriage. While most couples have all the reasons in favor of marriage, premarital counseling enlightens them about the circumstances in which they shouldn’t get married. On top of that, the best courses go the extra mile to talk about the growth of marriage.

9. Getting Married At A Young Age

The younger the couple, the lower their awareness of what marriage is all about. This is the reason why couples in their early 20s have one of the highest divorce rates. There are many explanations for this. For example, among the most immediate issues that arise between young partners, matters tied to money rank high. This is because their careers are not likely established yet.

In addition, one or both young spouses may still be immature, not knowing how to communicate effectively and be considerate toward the other. Remember, simple marital issues are inevitable, and you need a calm approach to tackle them. This ability is rarely seen in young spouses.

Apart from this, young couples often underestimate the number of resources, effort, and energy required in parenting. This can become a huge challenge if they decide to have children early on. At a young age, the burden of being a parent can prove highly overwhelming, aggravating problems even further.

On the other hand, getting married when you’re mature means you have more experience of what life is all about and possess a much better understanding of how to deal with hardships. Hence, we recommend making your career financially stable and then go for marriage.

Marrying someone with a bold personality means they’ll likely stay in control when it comes to making critical decisions. If you’re the kind of person who likes to take control or believe in collaborative decision-making, there will be a conflict of interest. Not giving enough space and time to a relationship for it to thrive can easily suffocate it.

Equality issues become more prominent when one of the spouses loses their individual identity, especially when children are involved.

Compromise and open communication are important factors for a successful marriage. Each partner should give sufficient breathing room to the other so that both feel they have a meaningful stake in the relationship. These aspects help maintain the identity of each partner, which in turn keep them sane and accommodating.

In summary, deteriorating relationships and divorce cases are a universal problem, and there’s no single reason for them. If you’re married and the relationship is quickly moving toward divorce, you’re likely going through one or more of the situations discussed above.

While getting everything resolved and reviving your marital relationship is a great decision, it becomes impossible or even dangerous to do in certain cases, such as when a spouse habitually abuses their partner. For cases where a divorce becomes inevitable, consulting a divorce lawyer proves extremely helpful. Fedor Kozlov is among the most experienced Arlington Heights divorce lawyers. To seek legal help, contact The Law Office of Fedor Kozlov today.