Reaching an Agreement on Asset Division 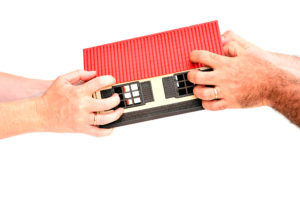 After filing and finalization of divorce, the couple in question can have disagreements on how they want to split certain assets that were bought by the couple together. Although there are cases where couples mutually agree on a 50-50 split, but there are certain things such as the house they were living in or the car they were driving that cannot be split into half. When it comes down to this, the court will take the responsibility to divide the assets fairly amongst both the parties.

As the signing of the papers is done, both the people involved, start to worry about the division of the assets they shared. The very first thing a person is required to do is hire a lawyer. Going through with the proceedings without a divorce lawyer to guide you can mean devastation for your finances and leave you with nothing if the other party is armed and ready.

Hiring a lawyer opens a much larger window for negotiation. If you are not familiar with divorce law, a lawyer can guide you and open negotiations with the lawyer of the other party whom you cannot tackle alone.

It can be handled outside of court

Divorce is a painful process and emotions are the main driver, which do not allow two people to reach an agreement on division. This is where the lawyers can step in. Every meeting can be regulated by the two and be negotiated fairly among the two parties. If the attorneys can make the couple reach an agreement, the court will not have to be involved and the division can be done on legal grounds outside of court.

In the extreme case where both the involved parties cannot reach an agreement, the court shall decide who gets what.

Assets Need to be Analyzed

The division of assets requires that assets are labeled as the ones that were acquired after marriage and before the divorce. Some assets like gifts would naturally belong to the person that they were gifted to, otherwise all other assets need to be organized according to their value and under whose name they have been obtained.

Most states use the law of equitable distribution to regulate fair division of assets amongst the two parties, but in the case of complications, having an experienced lawyer by your side can help you understand your rights better when it comes to asset division.

If you have recently filed for divorce and do not have a divorce lawyer, contact the Law Office of Fedor Kozlov, P.C. today at (847) 241-1299 to schedule a free initial consultation. They are a team of experienced divorce lawyers that will make sure their client gets the fair share of their assets after their divorce.