Is Illinois A Community Property State? 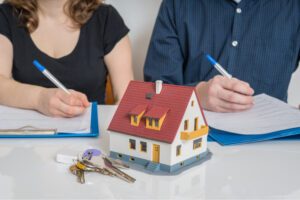 Unlike some states, Illinois does not recognize community property. It means that anything you acquire on your own or for yourself during your marriage is not necessarily divisible. However, if you are going through a high asset divorce in Illinois, you have more to lose than other divorcing couples.

Property is divided into marital and non-marital portions in Illinois. This distinction is necessary when it comes to asset division during a divorce. (The court can also divide your property equitably between both of you as per any prenuptial agreements you signed with your spouse. In other words, in this case, the property will be split in a way that seems fair, but may or may not be equal).

What is Non-Marital Property?

Non-marital property is any property, obligations, and debts bought pre-marriage unless bought to ease retirement.

Additionally, any income that any non-marital property generates is also non-marital unless attributable to a spouse’s personal efforts (such as a farm).

What is Marital Property?

Marital property includes any property acquired by any of the spouses during their marriage via mutual marital funds. In most cases, there is no regard to how the property is titled since divorce is not contemplated during marriage.

Illinois courts usually divide marital property equitably – rather than a clean split. It is distributed relatively based on specific personal factors. This includes each spouse’s contributions during the marriage and future opportunities for acquiring income and assets. This is why marital property is considered a broad category.

Some of the expected liabilities and assets that come under this category include:

The amount one party spends on attorney fees during the divorce can also be considered marital property. It is often observed in contested cases so that respective attorneys can be paid via marital funds. Since most of the recovered money or assets are spent on lawyers, this is understandable.

Besides this, Illinois courts also consider marriages as joint enterprises that are akin to business partnerships. These ‘enterprises’ use money to keep themselves operational.

One of the spouses may go to work each day to earn an income to sustain their family while the other remains at home, taking care of the children and using that income to keep house and home. In some cases, a homemaker’s contributions are considered to be equally important as financial contributions.

However, those contributions are not set in stone. A spouse may be a lousy homemaker, a less than stellar parent, or have no children to rear. In that case, citing a homemaker’s contributions may be the weakest argument that an attorney can make. Almost no property is awarded in cases where the homemaker fails in his/her duties. However, unless the couple shared the homemaking and child-rearing responsibilities equally, homemaker contributions are rarely considered.

Illinois law does not contain a set formula that determines homemaker contribution. That is why each divorce case is based on the unique facts and circumstances surrounding it. An experienced and skilled Illinois divorce lawyer can prepare and present these contributions, but the court may not assume it.

Combining Marital And Non-Marital Property and its Consequences

Non-marital property can be converted into marital property via a written agreement before, during, or post marriage. Spouses can also do this by changing the title from ‘individual’ to ‘joint.’ In this case, the court will assume that the property was a gift from one spouse to the other.

Spouses can also merge non-marital and marital property. Called ‘commingling,’ it can have serious ramifications if you don’t have a competent divorce lawyer in Schaumburg handling your divorce.

A lot of couples combine their assets during their marriage without considering possible consequences. For example, a bank account that a spouse sets up before marriage is marital property if their spouse deposits marital income during the marriage.

Likewise, a house owned by one spouse pre-marriage can also become marital property if both spouses make payments for it or take care of other household expenses.

If determining what belongs to whom is not possible, it is up to the judge to decide whether a commingled property is a marital gift or not. In the latter case, the property owner has to be reimbursed either in part or in whole.

Dividing Assets and Debts During A Divorce

After distinguishing between marital and non-marital property, the property gets a monetary value. It is done either by the court or by the couple themselves. By determining each item’s worth, they can decide if a specific split is equitable or not.

In some cases, a spouse with more assets or a successful career may take on most marital debt. The lower-earning spouse may also get the lion’s share of the assets. The assumption is that the former can pay off debts more quickly than the latter.

Couples can also hire professional appraisers to determine the actual value of each marital asset. A financial professional can appraise complex items such as retirement accounts.

Spouses can also divide their property and assets on their own via a divorce settlement agreement. They can also use it to resolve other divorce issues. However, any agreement they come to has to be approved by a judge first before the divorce is finalized. Judges usually reject one-sided agreements and agreements that are grossly unfair to one spouse.

If the decision for property distribution falls on the court, it uses the following criteria to conclude:

During divorce proceedings, both couples will have to create a list of their personal property. This includes bank accounts, retirement funds, houses, cars, etc., has to be included if it was not bought before the marriage or is considered a gift. At this stage, make sure you have an experienced divorce lawyer in Schaumburg in your corner. Once the judge gets that list, his/her decisions will be final.

The length of the marriage also affects property division. The longer spouses are married, the more tangled their finances and assets get. If a marriage doesn’t last for long, the judge considers the individual contributions of each spouse before separating assets.

Almost all divorce cases in Schaumburg, IL, involve decisions based on property and asset division. While some spouses can reach amicable conclusions, most divorce cases are contested and can get quite complicated. Some of these cases are taken to court and sometimes even beyond that to the appellate system.

If you are involved in a high net divorce, you have more to lose than other couples. At this point, you need a divorce lawyer in Schaumburg experienced in handling contested divorces and those that involve the distribution of high net assets.

This is where the Law Office Of Fedor Kozlov can prove invaluable. We can ensure your financial interests are well-protected during and post-divorce proceedings. Our highly competent property division attorneys have years of combined experience getting fair settlements and can provide the best possible outcome.

Finding a way through a high-net-worth divorce and settlement can be one of the most challenging things anyone can go through. Your busy schedule may blind you to specific facts in your divorce agreement that can prove costly if your case goes to trial. Our attorneys can ensure that doesn’t happen by keeping you apprised of the situation every step of the way.

Get in touch with us for a consultation today by dialing (847) 241-1299 or for any queries you may have. Your legal team can also set a solid foundation for new post-divorce life. We exclusively practice family law, so you know that you will get the best service. We use a friendly and straightforward approach for each divorce case that puts our clients at ease, followed by the aggressive legal representation they deserve.

We also specialize in:

We aim to help our clients conserve their resources for a better and brighter future. Get in touch with us for a consultation today. We want your input to create strategies that can work in your favor.