If My Ex Refuses To Work, How Do I Get Child Support? 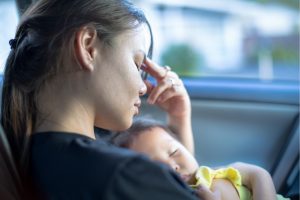 In Illinois divorce cases, the spouse that earns less than their ex is entitled to financial support or spousal maintenance, as well as child support if they were awarded custody. There are several factors the court examines before determining how much a paying spouse should pay.

However, it is not uncommon for a paying spouse to refuse to make payments or to delay them. Fortunately, the law does not favor them in this case – especially spouses who refuse to work because they do not want a part of their income going towards alimony.

In other words, the voluntarily unemployed parent will have to pay child support as if he/she were fully employed. However, this will not increase the payment, whether the payer has a full-time job or not.

If your spouse is voluntarily unemployed, according to the law, you can request them to look for a job and to maintain a diary as a record of their employment status. Depending on your case, the paying spouse may be asked to apply for a certain number of jobs every week and provide written reports as proof to the court once a month or however it is set by the judge.

Besides this, the court can impute income if the recipient spouse refuses to work. This income is assigned to calculate spousal maintenance – even though the unemployed spouse is not earning it. It allows the unemployed spouse to remain unemployed, but he/she will be obligated to find and establish employment to become financially stable enough to later pay the spouse receiving child support.

If a parent is not working, the calculator to determine child support payments is essentially useless. The amount should be determined by the specific needs of the children involved so the parent can pay, according to their child’s needs. However, if you had a prenuptial agreement, which stated the parent who is awarded child custody, will not receive support payments, you may have to depend on your own income.

An experienced divorce attorney can help you come to a decision that is in your and your family’s best interests. Get in touch with the Law Office of Fedor Kozlov for a consultation and sound legal counsel in Schaumburg, Illinois.