How Property Division Is Decided in Illinois Common Law Marriage 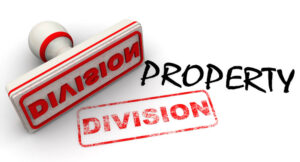 Many couples are happy to live and raise children together without getting married. They can spend years with one another like a married couple, just without legalizing their union in the eyes of the state by signing a marriage license. This is called a common-law marriage in Illinois.

However, a couple involved in this type of union does not enjoy the same legal rights that legally married couples do in the state. This means that if a common law marriage ends because the partners decide to split ways, they can keep their separate properties to themselves. Illinois does not recognize this type of partnership as a legally binding marriage.

When Common Law Marriages Are Valid In Illinois

While a common law marriage is invalid in Illinois, the state does recognize those that are registered in other states where it is legal. So if you entered into a common-law marriage with your partner in another state where it is legally binding and then moved to Illinois, you can get divorced and divide marital assets as per Illinois law. However, to do that, the couple has to prove that:

A couple that can prove all three points can get legally divorced in Illinois and get the benefits that come with it. This includes marital property division. This property is divided equitably rather than equally in Illinois.

As an equitable division state, property division in an Illinois divorce case can be highly contentious since no one gets exactly what they want. They can come to a compromise by balancing each other’s needs, but many understandably have a difficult time compromising with their ex.

A compromise that the other party can accept may not be in your best interest. If both parties cannot agree, the court decides for them. The judge does not consider marital misconduct when deciding who gets what. Generally, both parties can retain separate property (i.e., the property they acquired before entering a common-law marriage in Illinois). Debts and assets they acquired during the marriage are divided equitably. More on this later.

Here are some factors an Illinois family court considers when dividing property during a divorce case:

Before getting a divorce, both parties must understand the difference between marital and non-marital property. The distinction can have a significant impact on property division. Something as small as how and when a car was purchased or when the debt was acquired, for example, can tip the balance in one spouse’s favor and ruin the other.

Marital property includes assets and property that a couple acquires during their marriage. In most cases, there is little regard for how it is titled. All marital property is eligible for division in Illinois. It is divided equitably as per certain factors mentioned above. Common examples include:

In Illinois, non-marital property refers to assets, liabilities, and property that a single partner owns. It is not equitably distributed in a divorce. The description of this type of property is murky at best. Generally, non-marital assets are those that:

The distinction between marital and non-marital assets can be difficult to determine. Daily purchases and the range of financial decisions involved in household maintenance don’t make property division a cut-and-dry process.

Depending on your unique circumstances, here are some of the important considerations that have an influence on these proceedings:

Some spouses may commingle assets which can make the distinction between both types of properties challenging. For example, if one places money from a premarital transaction into an account they share with their spouse, those assets are considered transmutable funds and thus can be considered marital property. Similarly, most people would like to keep an inheritance for themselves, and it is often considered non-marital by the court. However, it can be considered marital if it is commingled.

As per Illinois law, some assets are presumed to be marital property in divorce cases. This includes retirement accounts, pension plans, and stocks. However, they are only divisible if they were participated in, or acquired during the marriage and before the divorce proceedings or legal separation.

Several of these presumptuous assets can be both marital and non-marital in the eyes of the law. If one of the spouses can prove that an asset was acquired in a manner that makes it non-marital, they can keep it.

Whether they were established before or after a marriage, a pre or post-nuptial agreement that determines how specific property is divided can hold up in family court. These agreements can protect certain non-marital assets such as businesses or real estate acquired before the marriage. It also streamlines property division and reduces future costs.

Like retirement accounts, even if one partner was involved in an investment during the marriage, it will be considered marital property. However, if cash from that investment was kept in a separate account from their partner, it can be considered non-marital.

Property Acquired For a Future Marriage

If either partner acquires property they want to use after they get married or make any purchases to support their marriage, it will still be considered non-marital. Just because a property is bought in contemplation of future nuptials doesn’t make it marital in the eyes of the law.

As you can see, distinguishing between marital and non-marital property in an Illinois divorce case is far from clear-cut. An experienced divorce attorney can help you understand your particular situation. This includes ensuring you are not duped into accepting a reduced share of marital property or an agreement not in your best interest.

Contact The Law Office Of Fedor Kozlov For A Consultation Today

Whether you had a common-law marriage in Illinois or a standard one, finding a way through divorce or separation can be tricky. In case of contentious proceedings, you may face emotional and financial challenges that can derail your plans for yourself and your family. The case will also strain your existing relationships, which will only add to your burden. At this time, you need compassionate and dedicated divorce attorneys by your side who can understand your unique legal and personal circumstances.

This is where the Schaumburg property division attorneys from the Law Office of Fedor Kozlov can prove invaluable. We do not let market conditions dictate your post-divorce future regarding marital property division. Our team can help you make sense of it all and understand the options at your disposal.

The divorce lawyers at our law office are highly skilled in handling complex cases, including those involving couples in a common-law marriage. Besides ensuring you are at peace with your decisions, they also consider your family’s comfort and future and strive to get the best results possible.

We understand that this is a difficult time for you and that each case is unique. Before hiring us, we advise that you book a consultation with our attorneys first by dialing (847) 241-1299. The one-on-one meeting will cover your legal options and answer any concerns you may have. We can also help you adjust or strengthen your future goals as you prepare to live an independent and happier life. Get in touch with us today! The longer you wait, the more contentious your case may get.