Do Unmarried Parents Have Child Custody Rights In Illinois? 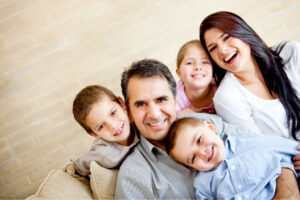 To understand whether unmarried parents have child custody rights in Illinois, you need to understand the laws governing it first.

According to Illinois law, child custody is divided into two aspects – legal and residential custody. The former pertains to the parents’ ability to make critical decisions for the child’s life which includes religious proclivities and schooling options. The latter determines where the child lives or spends most of his/her time. It also determines who has to pay child support.

Both parents may share legal custody of their child or one parent can be given sole legal custody. Naturally, allowing contentious couples to share residential custody is considered to be counterproductive and most courts hesitate in awarding it.

According to the law, married parents can have joint custody of the child provided that the child was born while they were married. If the parents are unmarried, the mother has sole legal and residential custody of the child till paternity is established. In this case, fathers have to petition the court to get custody if they want it.

In other words, establishing parentage for biological mothers in Illinois is a straightforward process. Married fathers can prove parentage easily as well – they are automatically assumed to be the legal fathers if their wife gives birth, which means they don’t have to take further action to prove parentage.

However, unmarried fathers on the other hand face a series of challenges when it comes to determining parentage. They have to prove paternity to acquire parental rights that they are entitled to.

Unwed fathers have a couple of options in this regard but not all of them are helpful:

Getting a Voluntary Acknowledgment of Paternity (VAP)

As per the Illinois Department of Public Health, they can get a Voluntary Acknowledgment of Paternity (VAP) form and try to establish parentage using it. The form has to have the signatures of both parents to be effective. If the form is signed at the child’s birth, the process can be easier.

However, a VAP simply serves as a way to initiate child support. It does not establish the rights of the father when it comes to the allocation of parental responsibilities such as visitation rights. Believing that a VAP can establish a father’s parental rights can result in shock and disappointment for unmarried fathers.

If there is a dispute over parentage, they need to take additional steps. is that unmarried fathers cannot have parental rights if they are unable to prove they are legal parents of the child.

If paternity is not established, the mother retains sole custody. In fact, in this case, an unmarried father may find himself paying child support but is not allowed to visit the child or acquire residential parenting responsibilities.

There are three ways that the paternity of an unwed father can be established:

At the very least, unwed fathers have to register with the Illinois Putative Father Registry to ensure they are given notice in case the mother decides to pursue adoption or other legal matters that involve their child.

As per Illinois law, unmarried parents have to use the same child support calculation that married parents use. These are set forth in Sections 505 and 505.2 in the Illinois Marriage and Dissolution of Marriage Act. As such, the amount is based on each parent’s income along with the parenting time that they have with the child.

The main thing that has a notable impact on child support amounts is the extent to which you are the non-primary parent. As per the Act, if each parent has 146 or more overnight stays per year with the child, their basic obligation for child support is multiplied by 1.5.

More than those number of days is more than 40% of the overnights with the child. This calculation reduces child support by half, but it is always a good idea to check calculations using an online child support calculator.

Once the court order is established, the involved parties have the opting of paying child support directly to one another or taking it directly from the check of the payor. This is done by the Illinois State Disbursement Unit for $36 a year and it also keeps an account of each payment that is made and received over the life of the child. Their records prove useful if a dispute crops up later.

For unmarried parents, the court may order these payments for a period that is prior to when the action is commenced. Unmarried parents can also ask that the child support be ordered back to the date of the child’s birth. To determine the exact payment for this period, the court can consider a number of factors. This includes the father’s prior refusal or willingness when it comes to supporting or raising the child.

In most cases, judges look into the period when the unmarried parents stopped living together. That is the time when the support needs to begin. If the father lived with the mother at the time, he has to help with finances.

If child support is ordered but goes unpaid, the payor will face legal action if the recipient parent files a motion to enforce payment. An arrearage judgment gathers interest at 4.5%. If the payor still refuses to pay current and due child support, a jail sentence is imminent.

The real expense related to a young child is child care. It costs a lot more to raise a child than coming up with a child support amount. Both unmarried parents have to pay a share of their child care and/or daycare as per their percentage of income. So for instance, if one parent earns $50,000 per year and the other earns $40,000 per year, they have to split the expenses 50/40.

Besides child care, unmarried parents also have to take care of expenses that pertain to after-school and summer activities. These are necessary as per the court, as said activities can enhance the social, athletic, cultural, and educational development of the child.

Additionally, unmarried parents also have to enter into an agreement that allocates parenting time and responsibilities. These should also include the extracurricular activities that the child is involved in. The decisions made in the agreement are usually made by both parents. Either of them can refuse to allow the child to take part in specific activities and thus refuse to pay for them.

While unmarried fathers are usually given the short end of the stick when it comes to child support and custody, that does not mean that they cannot contest the decision. If you believe that you did not receive the parenting time and responsibilities you sought initially, you can fight for your rights.

The decision can be overturned if the court believes that the child is unsafe with the mother or is living in an unstable household with her, the unwed father has the right to petition the court for a modification of parental responsibilities.

Whether you wish to contest the custody ruling or want to hire a skilled lawyer for a custody battle, you need experienced child custody lawyers in Schaumburg.

This is where the Law Office of Fedor Kozlov comes in. We understand that finding a way through divorce and separation can be one of the most difficult challenges anyone can face. Allow a skilled family attorney from our team to help you get the best outcome possible. Get in touch with us for a consultation today!

Besides child custody rights in Illinois, we also specialize in cases pertaining to domestic abuse, divorce, spousal maintenance, property division, asset division, equity division among others. The longer you wait, the more difficult the case will be.

We understand that each case is unique and use different approaches to meet the needs of each client that comes to us. We will take the time necessary to evaluate your case and come up with a sound strategy.