Do I Need a Reason For Divorce In Illinois In 2021? 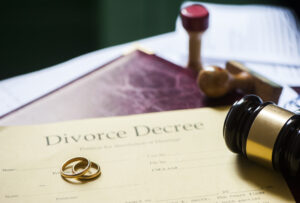 As of January 2016, irreconcilable differences is the only reason that can be used as a reason for a divorce in Illinois. The no-fault system allows spouses to show that those differences caused an irretrievable breakdown of the marriage and attempts at reconciliation have also failed. If you are going through a divorce and have a high net worth, hiring a high net worth divorce lawyer in Chicago can prove beneficial.

Initially, in order to obtain a divorce in Illinois, spouses had to prove that there were grounds for a divorce. Some of these include mental torture, abandonment, habitual drunkenness, and adultery. Today, spouses can use irreconcilable differences as the only grounds for a divorce, which means they can state any fault that made their marriage deteriorate.

Plus, this way spouses don’t have to wait to submit a divorce decree even if one of them contests said differences. More on this later.

What Are Irreconcilable Differences?

These are basic fundamental differences that can break apart a marriage. In Illinois, instead of proving that your spouse did something wrong, you need to show that you and your spouse are significantly conflicted, a fact that significantly damaged your relationship. Based on the evidence that is presented, the court will come to a decision regarding the divorce.

If the court believes that a reconciliation is possible, the trial may be delayed and sanction couples therapy. If the marital breakdown is obvious, the court will grant a no-fault divorce immediately.

A high net worth divorce lawyer in Chicago will tell you that there are a number of factors that can influence a relationship. Some of these that can qualify as irreconcilable differences include the following:

These differences can be quite complex in nature and in some cases, they may be experienced by only one spouse. However, if one of the pair pleads irreconcilable differences for the divorce, they do not need the other’s agreement to get the court to grant a divorce. You can also get a no-fault divorce if your spouse agrees on all differences.

To prove to the court that these differences were the reason behind the dissolution of your marriage, you need to prove that previous attempts are reconciliation failed and that further attempts to do so would prove useless as well. Using the advice from your high net worth divorce lawyer in Chicago, you can also point out that trying to reconcile may prove harmful for your family.

If a couple has been separated for six months, the court can see it as irrefutable proof that there are irreconcilable differences between the two. While there is no law in the state that takes this duration into account to allow a divorce, it can be used to prove said differences and expedite divorce proceedings.

If the other spouse says there has not been an irreconcilable breakdown of the marriage, the other spouse who has made the allegation has to prove that there was a six-month separation period to be granted a trial. The six-month waiting period is crucial in this case. It proves beyond a doubt that the two couples had differences that prevented them from living under the same roof for prolonged periods of time.

This duration is not a necessary requirement if both parties agree to the differences. In this case, the Judgement of Dissolution of Marriage can be entered without waiting for 6 months. Keep in mind that even if you cannot live separately from your spouse (due to financial reasons for example), you can still be considered to be living separately as per the law if your lifestyle reflects it. For example, if you have separate bedrooms, lifestyles and don’t have a sexual relationship as such, it can equate to a separation.

A high net worth divorce lawyer in Chicago will tell you that the duration is the court’s attempt to give the warring couples a cool-down period which may lead to a reconciliation. However, in our experience, it is quite rare. Most couples who have to wait that long often get children involved which can damage a family irreparably.

Once the court has determined that the marriage has broken down completely due to irreconcilable differences, it may still give the spouses a chance to resolve their remaining issues in an amicable manner. If that is not likely either, the court will proceed with the divorce trial immediately and set a date for asset valuation. This date can be agreed to by the parties involved or by the court.

In Illinois, couples can also get into a legal arrangement in which they remain married, but live apart from one another. This is called a legal separation and it is used if:

You need to petition the court to be legally separated from your spouse. The process is quite similar to a typical divorce case so it also involves a split between assets and debts between the spouses. Additionally, spousal support and child support are also determined during it.

While a straight-up divorce may be the best course of action if the marriage has broken down completely, a separation can address unique goals. We can help you understand your options.

Mediation is also an alternative to divorce litigation in which the spouses try to come together to reach a resolution in the presence of an experienced mediator. This is not couples therapy. It is a legal way for spouses who wish to get a divorce to reach a fair outcome.

In a mediation, some of the issues that may be discussed include spousal support, debt division, property division, or the enactment of a pre-nuptial agreement. The court may also order mediation if there are any issues pertaining to child custody and visitation.

The process is formal and typically, both couples should retain their own lawyers for it. A third-party mediator will control the discussion, set goals and attempt to get the couples to come to an agreement.

Besides determining irreconcilable differences as the cause behind the divorce, the court also has to decide if one of the spouses is eligible for spousal maintenance based on the following factors:

Contact A High Net Worth Divorce Lawyer In Chicago

Among other factors that a high net worth divorce lawyer in Chicago from the Law Office of Fedor Kozlov can elucidate for you. If the judge determines that a spouse is eligible for spousal maintenance, he/she will calculate the amount and how long it will be paid according to a set formula as per state law. If the case is under review, the maintenance can be extended or even terminated.

At this point, having an experienced attorney represent you is of utmost importance.

We have a team of these experienced attorneys who know exactly what you are going through and can help you through the divorce proceedings. Allow us to help you create a future that your family deserves. We understand how stressful and frustrating the process can be and will make it as straightforward and manageable as possible. Get in touch with us for a consultation today!

We can also provide legal aid when it comes to asset and debt division as well as fair business division for a company that you ran with your spouse. Our attorneys are highly experienced when it comes to challenging complex valuations if they think they are not in your best interests. Their attention to detail has saved more than one client who may have otherwise ended up with a far less valuation of the assets they deserved. Call (847) 241-1299 to speak to an experienced divorce lawyer in Chicago, Schaumburg, and throughout the Chicagoland area.