Dissolution of Marriage With Frozen Embryo 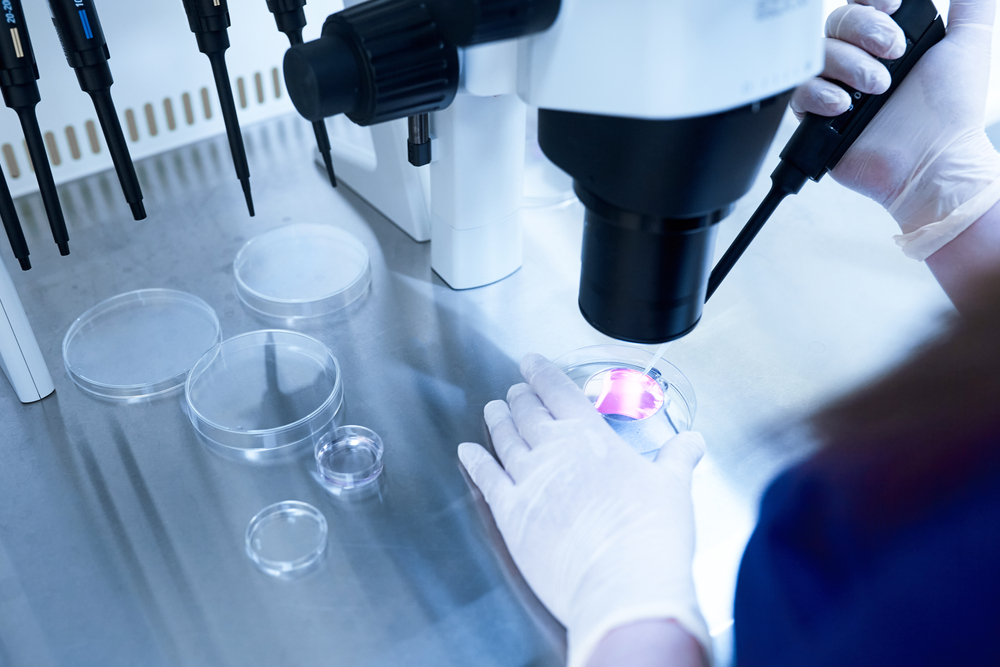 The Second District Appellate Court recently handed down an opinion dealing with a highly unique issue in a dissolution of marriage case that could be likely to develop over the next several decades and will likely be referenced many times in the future. When you have complex marriage dissolution issues, make sure you are working with an experienced Chicago divorce and family law attorney.

The most recent statistics from the Illinois Department of Public Health show that divorces in Illinois are actually decreasing, with the 24,341 divorces during the most recent year representing a significant decrease from the 33,789 just six years prior. Illinois Court statistics also show 27,659 dissolution cases end pending, 6,140 new cases filed, and 6,216 disposed of for the third quarter of 2021.

The Second District Appellate Court case involved was In re Marriage of Katsap, 2022 Ill. App. 2d 210706, in which Eneya Katsap was appealing from a trial court’s entry of a judgment of dissolution of her marriage (JDOM) to Alexander Katsap. Eneya and Alexander Katsap were both born in Russia, married in Israel on March 4, 2010, and had a minor child born in the United States by surrogacy on January 28, 2019.

Because Eneya could not carry a child to term, the couple created frozen embryos that they stored at the New England Fertility Institute in Stamford, Connecticut. They also created an escrow account for maintenance of the embryos, with about $6,000 in that escrow account.

Before April 2020, the couple resided in upstate New York and formed and co-owned a business known as Alex Solutions, Inc. that sold, installed, and repaired commercial and residential fire alarms, security systems, and closed-circuit TV cameras. Because of marital difficulties, Alexander moved out of the marital residence on March 27, 2020.

Motion Filed To Restrain Use Of Frozen Embryos

Alexander filed a motion on June 3, 2021, to permanently restrain Eneya from using the frozen embryos or to find that he had no child-support obligation for any child born from the frozen embryos. Alexander claimed that Eneya forged his name on a contract giving her sole custody of the embryos, and also alleged that the purported contract was otherwise invalid, with the court ordering the motion to be heard with the trial.

While the couple was living in Israel, they created the embryos in 2013. They then brought the embryos to the United States when they moved here, and the embryos were subsequently stored at the New England Fertility Institute in Connecticut.

Eneya and Alexander allegedly signed a contract on July 8, 2015, giving the embryos to Eneya should the parties divorce. That original document was identified and entered into evidence as Eneya’s exhibit.

Alexander denied entering into a contract with Eneya concerning the disposition of their embryos. He said that he did not sign Eneya’s exhibit and identified all of the handwriting on that exhibit as being Eneya’s.

Decision Requested On Who Has Authority Over Embryos

Alexander’s stated intention when they created the embryos was to donate them should the parties ever separate or divorce. He affirmed that he currently desired to donate the embryos, and on cross-examination, he clarified that he did not want the embryos to be donated to Eneya.

The court found that Eneya’s exhibit was not authentic and ordered Alexander to direct the clinic to either donate the embryos or destroy them. The court also awarded Alexander the escrow for maintaining the embryos.

The Second District Appellate Court stated that the complexity of the embryo issue led to a finding of good cause for issuing its decision after the 150-day deadline. Eneya argued that there was no evidence to support the court’s finding that she was intending to use the embryos to have a child out of wedlock. She also asserted that Alexander’s testimony that he desired for the embryos to be donated was self-serving because his true intention was to deprive Eneya of having another child by using those embryos through surrogacy.

Alexander responded that awarding the embryos to Eneya would expose him to having additional children with her against his will, and could also expose him to the financial burdens of supporting those children. Therefore, he concluded, the court’s balancing of the parties’ respective interests was not against the manifest weight of the evidence.

The Second District Appellate Court stated that while most courts agree that the ideal scenario is one in which the parties reach their own decision about frozen embryo disposition, such an agreement often does not exist. Because of the disagreement concerning the validity of Eneya’s exhibit, the contract approach did not apply, and the Second District Appellate Court would not consider it.

The Second District Appellate Court stated that the embryo custody issue was properly assessed using the balancing approach. In doing so, it rejected Witten’s contemporaneous-mutual-consent approach, adopted by only a minority of courts.

Turning to the balancing approach, the question became what interests should be balanced. While no list of factors to consider would be exhaustive, the Second District Appellate Court observed that the earliest line of cases began with the premise that a party wishing to avoid procreation generally should prevail when:

“the other party has a reasonable possibility of achieving [genetic] parenthood by means other than the use of the pre-embryos in question. If no other reasonable alternatives exist, then the argument in favor of using the pre-embryos to achieve pregnancy should be considered. However, if the party seeking control of the pre-embryos intends merely to donate them to another couple, the objecting party obviously has the greater interest and should prevail.” Davis v. Davis, 842 S.W.2d at 604

The Second District Appellate Court voiced approval for an approach by the Colorado Supreme Court that it said included a more expansive and non-exhaustive list of factors that courts should and should not consider in balancing the parties’ interests. Under the broader analysis, factors courts should consider include, but are not limited to:

Factors that courts should not consider include limiting family size based on financial and economic distinctions, the party’s number of existing children, and whether a party seeking to use the embryos could instead adopt a child or otherwise parent nonbiological children. The Second District Appellate Court stated that two of the trial court’s factual findings were against the manifest weight of the evidence.

The Second District Appellate Court said it balanced the parties’ interests using the Rooks factors (In re Marriage of Rooks, 2018  CO 85; J.B. v. M.B., 783 A.2d 707 [N.J. 2001]) and awarded the frozen embryos to Eneya. The evidence demonstrated that Eneya was unable to produce more eggs, was otherwise unable to carry a child to term, and the embryos were the only means by which she could have a biological child.

Her interest in preserving and potentially using the embryos to procreate outweighed Alexander’s stated interest in donating them but not to her. Awarding the embryos to Eneya, who could not have a biological child without them, thus became the appropriate resolution when the parties’ interests were weighed and were consistent with Illinois and foreign case law with similar facts.

The Second District Appellate Court ultimately affirmed the judgment of the circuit court of DuPage County that the ketubah, a marital agreement and an “essential requirement of traditional Orthodox Jewish weddings in Israel,” was unenforceable. It reversed the circuit court’s award of the embryos and the escrow to Alexander, vacated the child support award, and remanded it to the trial court for recalculation of the child support award in accordance with section 750 Illinois Consolidated Statute 505(a)(2).

The case above represents a number of issues that can be common in divorces in Illinois. When it comes to property division, the three different types of property in Illinois include separate property that individual partners acquired before their marriage or through inheritance or gift after marriage, community property and debt acquired through the efforts of each spouse during marriage, and commingled property that is a combination of separate and community property.

Mediation or other forms of alternative dispute resolution can be used to decide the details of property division in many cases but does not always produce results. In such cases, settlements must be decided through court proceedings according to Illinois state law.

Child support can be another complicated issue for average people to deal with on their own, as one spouse may believe the other spouse is not paying enough while the paying spouse is inclined to believe they are paying too much. A number of factors go into child support decisions, including parenting time, basic child support obligations, and additional expenses.

Finally, child custody can also be a contentious issue when the parents disagree about which parent will be the ideal guardian of a shared child. All of these issues represent major reasons why people need to invest in retaining legal counsel.

Are you dealing with a highly contested divorce in Schaumburg or the greater Chicagoland area? The Law Office of Fedor Kozlov, P.C. handles all kinds of complex divorce issues.

Our firm actually has familiarity with disputes over embryos following a divorce and can help you achieve the most favorable outcome for your case. You can call (847) 241-1299 or contact us here to set up a free consultation with our Chicago divorce and family law attorney.